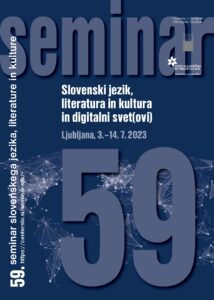 Seminar was brought to you by